I volunteered to shoot video at Pickathon this weekend, so Erik Hadland, a friend and photographer, attend the Lents Founders Fair, Sunday, August 6th.

The fair was organized by Oregon Walks (who took a bunch of nice photos) and the Lents Neighborhood Association. It took about 60 volunteers to make it all happen.

KGW was there too. KGW story by Maggie Vespa titled “Lents fair highlights positives in area plagued by homelessness”. Maybe seeing the fair through the lens of the homeless situation was helpful, but there were so many awesome groups taking the opportunity to engage with the public that didn’t get featured. 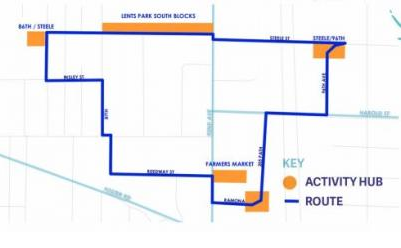 Full disclosure: Erik didn’t realize there was a loop of activities (apparently he wasn’t the only one), so his video and photos are of the fair near Lents Park.

I decided to do some research on the other groups represented on the Green Loop, and I’m glad I did. The Native American Youth and Family Center’s (NAYA) new facility, the Lents Bridge Project, the Lents Tool Library, and more… so much excellent community service was featured during the fair! Check out what I found after the media. 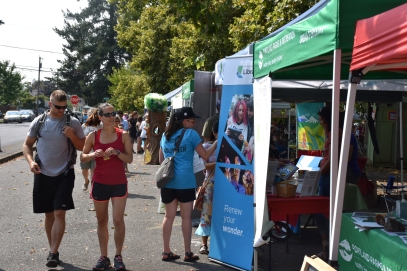 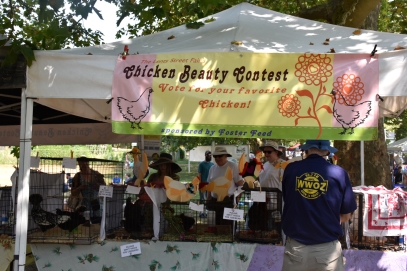 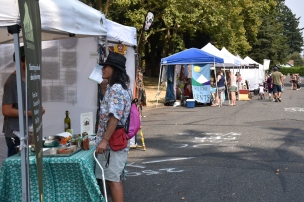 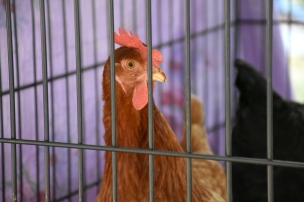 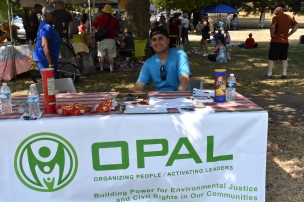 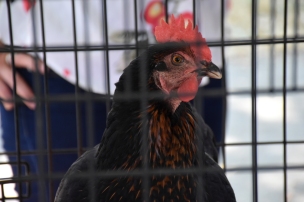 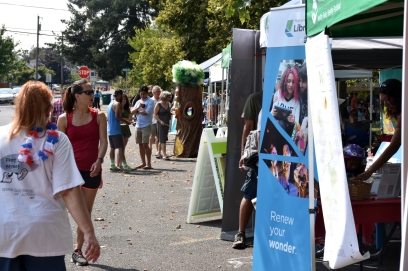 If you missed it, the winners of the Lents Chicken Beauty Contest: Cordon Bleu, a beautiful blue, white crested, Bantam Polish hen won; second place was Orchid, the baby Black Silkie; and in third place, Snowy, a tie-dyed white Ameraucana (yep, that’s the correct spelling). For photos of the winners, follow the link above.

At the Lents Park activity center, several bands played, including The Slants, a band that recently won a Supreme Court case allowing them to copyright a disparaging name. They were recently featured on “The Daily Show”, watch the segment on their website.

First of all, what is the Green Loop? The Green Loop “seeks to improve neighborhood safety and accessibility through place making and community-led advocacy”. It’s a Green Lents program director Adam Brunelle, wrote about it at The Intertwine, if you want a deeper dive.

Heading clockwise on the loop from Lents Park is the Lents Bridge Project. The goup’s plan is to beautify the bridge over I-205, the highway that split the neighborhood in the 1980s. 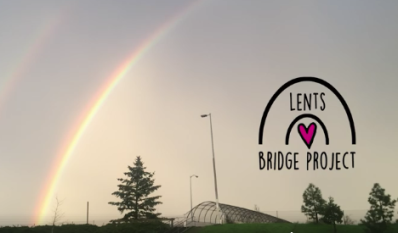 The group wanted to install concrete boards on the west side of the stairs to the bridge in time for the fair, but the permits didn’t come through in time. There are several ideas being considered for the multi-year project, including tiling the stairs. They have four videos on their Facebook page that give you a great idea of some of their events.

Futsal in Lents… ? It’s on the map, and something I should check out.

The next stop on the loop is the Belmont Goats, who live in Lents at 92nd and Harold. The fourteen goats and one chicken (meet them all on the website), will need a new home as of June 18, 2018. Think your neighborhood could be the herd’s next home? There’s a website for that.

Understating this would be dishonest: Green Lents is a powerhouse of community projects in the neighborhood.

Since 2012, they’ve run a Community Tool Library, a free service that functions like a library for tools and materials. It’s available for neighbors that live in: Lents, Powellhurst-Gilbert, Pleasant Valley, Foster-Powell, Mt. Scott-Arleta, Brentwood-Darlington and Montavilla.

It’s open Wednesdays and weekends. Go to the website for registration details, specific operation times, and how to get involved. 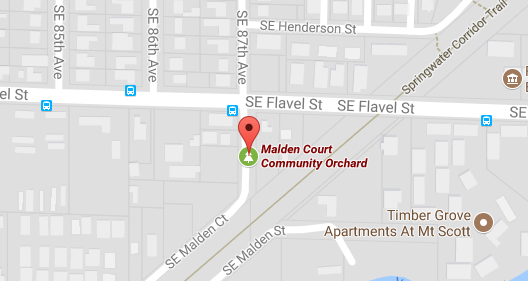 At this activity hub near the Lents International Farmers Market, there was putt putt and skateboarding, according to the map. The Lents farmers market, Portland’s only internationally-focused market,  is located at SE 92nd and Reedway between Foster and Harold. It’s open Sundays from 9 am to 2 pm, June 4 to October 29.

With 40 units of housing, an Early Learning Academy and long house, NAYA’s Generations facility is located on a 3.5 acre site of a former elementary school. I didn’t make it over there, but the website said it cost $22.1 million and opened in February of this year.

The film below and website talks more about challenges of Portland’s Native community and how this new model of community organizing can help.

Here are the sponsors from Oregon Walks. I simply copied and pasted the sponsors (with the links they included) from the website. Not sure who did what, but I  imagine they all deserve a hat tip:

This event is generously supported by Metro and the City of Portland. Community partners include Rose Community Development, Lents International Farmer’s Market, Portland Fire and Rescue Station 11, NAYA Generations, City Repair and individuals who live and work in the neighborhood. Support in creating the traffic control plan is being provided by Better Block PDX and Portland State University’s Civil & Environmental Engineering Capstone. Special thanks to Julianna Johnson for creating the poster illustration.

Cheers to all those who helped make the fair happen and are working to make East Portland and Lents a better place to live! There are so many great ways to get involved!